From July 12 – 18th, law enforcement plans to pay close attention to the driving styles of car and truck drivers as it relates to the CVSA (Commercial Vehicle Safety Alliance) Operation Safe Drivers Week. They will be looking out for any unsafe driving behaviors.

Next week marks the 1st and biggest organized enforcement event since the CVSA’s Roadcheck Inspection annual event was cancelled due to Covid-19 in May. The focus of this Roadcheck Inspection was to be “driver requirements” – CDLs, medical cards, records of duty status, ELD compliance, etc.

According to the CVSA, because there are less drivers on the road because of the pandemic, many people may be ignoring some traffic safety rules, which include speeding. A number of areas have seen a serious increase in speeding over the past few months, says CVSA. In order to combat this new trend, they have decided to target speeding for the focal point during Operation Safe Drivers Week. If a person is stopped for speeding during this week, officers are invited to go into a deeper inspection of the vehicle and the driver.

Though driver qualifications will be the focal point of this Safe Drivers Week, a full thirty-seven-point American Standard Level 1 inspection will still most likely be conducted during the seventy-two hour period. During the truck inspection process, law enforcement officers will be checking brakes, cargo securements, driveline components and exhaust systems. They will also check frames, lights, suspension, lights, steering, fuel systems and more to ensure that the vehicle is able and qualified to be on the road.

The decision made by the CVSA to pay attention to these driver requirements comes from the 2018 application of electronic logging devices and their continued intention to help drivers become more aware while utilizing the devices during their hours of work as well as to help them stay active while handling documents that may be required at the roadside. This is according to Kerri Wirachowsky a Canadian truck inspector and CVSA director.

Wirachowsky said, “What I’ve been saying to some of the industry folks is you may have trained your guy how to sign on and how to sign off and log in and log out and toggle between personal conveyance and driving and on-duty but don’t forget to train your driver on how to transfer those files, and if your user manual and your malfunction instruction card and your blank logs are all electronic that driver needs to know how to be able to produce those at roadside when stopped. (source)

He continues, “A lot of times, they don’t know how, and it’s their responsibility to know how. If they can’t produce it, they’re going to be cited for not producing things that are pretty simple to produce. That’s probably one of the biggest things we’ve seen since (ELD) implementation. Those are the higher charges right now – drivers failing to transfer or failing to have their documents in a row.” (source)

Keeping an ELD plugged in is on a different level than being able to move it. According to Sargent Daniels from the CHP’s commercial trucking department, drivers are unplugging their devices as a way to falsify their logs. As an eighteen year California Highway Patrol veteran, Daniels said that the unplugging of ELDs is a carry-over from the times when drivers would report misplacing their record books even before ELDs were required in December of 2018.

According to Daniels, the penalty for “not having a log book” is less than what it would be if the book is over hours. That being said, many drivers will pretend not to have their log books to avoid heavy fines for having ELDs that say that they have been driving outside of the hours specified. “A lot of times they’ll just unplug it and it’s a violation for them to unplug it because it has to be hooked up to the vehicle. It has to be communicating with the vehicle but a lot of drivers unplug it because they know they’re going to be over hours. So they try to avoid that violation by doing that,” says Daniels.

As far as medical cards go, it is always best that the driver keep this on them at all times, even as more states are linking them with CDLs. According to Wirachowsky, “It’s still in the implementation stages. Most drivers have carried their med cards around since they started driving. Don’t change that practice until post-2021 when it’s supposed to be fully implemented as opposed to relying on a state-by-state basis. Just put it in your wallet and have it ready if an inspector asks for it.

Brakes are consistently at the top of the list of out- of-service truck violations.

The odds are rather good that if a vehicle is listed as out-of-service during the International Roadcheck, it may be related to the brakes even though there are several points to take into consideration. Year to year, the numbers don’t change all that much. During last year’s inspections, brake violations made up around forty-six percent of all out-of-service violations. Braking systems made it to the top of the list at twenty-eight percent of out-of-service citations as well as brake adjustments came in at number 3 at seventeen percent.

The director of tech service at TravelCenters of America, Homer Hogg, says, “Don’t make the mistake of extending your lubrication intervals too far. The tendency is to align chassis lubrication with engine oil drain intervals, however, this can lead to slack adjusters getting dry and not operating properly. Additionally, have your foundation brake parts inspected before the vehicle is lubricated. Worn brake foundation parts will prevent the slack adjusters from maintaining the proper stroke.”

By conducting thorough pre-checks before getting on the road, truck drivers can help prevent expensive violations. It is recommended that drivers do a daily walk-around their truck to ensure that the brakes are good and looking for any damaged or loose-hanging hoses, air chambers, pushrods, and/or slack adjusters. “Compare the relative position of the slack adjuster (angle) on each axle. If they’re different, it could indicate an out-of-adjustment brake or a broken power spring in the spring brake,” says Keith McComsey, director of marketing and customer solutions at Bendix Spicer Foundation Brake.

Wirachowsky believes that truck fleets may benefit from spending time training their drivers well on performing a thorough pre-trip post-trip inspection. This can save a lot of money in violations in the long run.

Wirachowsky says, “If you talk to most companies they’ll give their drivers 15 minutes front-end and back-end of the trip to do pre and post-trip inspections. You can do a decent trip inspection in 15 minutes.”

3,156 OOS violations from last year were results of tires and wheels. This made up a whopping 19.3% of the 16,347 trucks parked over the three day period.

“When it comes to inspections by law enforcement, CSA assigns heavy point penalties for tire issues,” said Jason Miller, national fleet channel sales manager for Cooper Tire. “There are four times as many points against you for a worn-out tire as compared to driving a truck with no door.” (source)

There are ten tire violations that will make a truck go out of service in no time, and inaccurate tread depth is one of them. Monitoring drive & trailer tires at 2/32” of tread and the front steer tires for at least 4/32” will allow for an option to provide a full check for any pressure or damage.

If a tire is worn to around 2/32”, the indicators fill with tread elements, which makes it easy to determine minimum depth. Any depth larger than 2/32” should be checked, according to Pat Keating, senior manager of field engineering for Yokohama Tire.

Waiting too long with minimal tread can mean that the truck is legitimately legal when it starts its commute, but not on the way home. The OOS is close, as many trucks drive up to 2,000 miles every week.

These cargo securement issues accounted for 12.2% of OOS violations last year during the road-check. There are certain hazards associated with driving trucks that have heavy loads that are not secured properly. Not only can it result in a very costly OOS violation, but it can be extremely dangerous.

Keeping up with newer cargo equipment can lead to safer loads and improved work conditions while improper load securement can result in damage to the cargo, workers comp claims, or worse.

Lights are the easiest violations to spot.

Though keeping up with lights is relatively easy, a number of drivers don’t realize or don’t pay attention to the fact that their lights aren’t working correctly. Last year during the CVSA’s Road-check International, an estimated 11.5% of the OOS infractions were due to light failures. While many can be fixed with a new bulb, a number require more than that.

During inspection, drivers and techs are recommended to diagnose light failures by first checking for disconnected, broken, or cracked lamps. If the lamps and connections are found, then they can move on to wire harnesses and connectors closest to the malfunctioning light.

The intention behind Safe Drivers Week is a good one. It is not to catch drivers doing things improperly or dangerously, but to provoke more caution and thought when driving. With thousands of people on the road daily, it is imperative that everyone take the proper precautions to create a safe driving environment for everyone, not only in the next week, but all the time.

Read Also: Truck Engine Idling – What You Need To Know 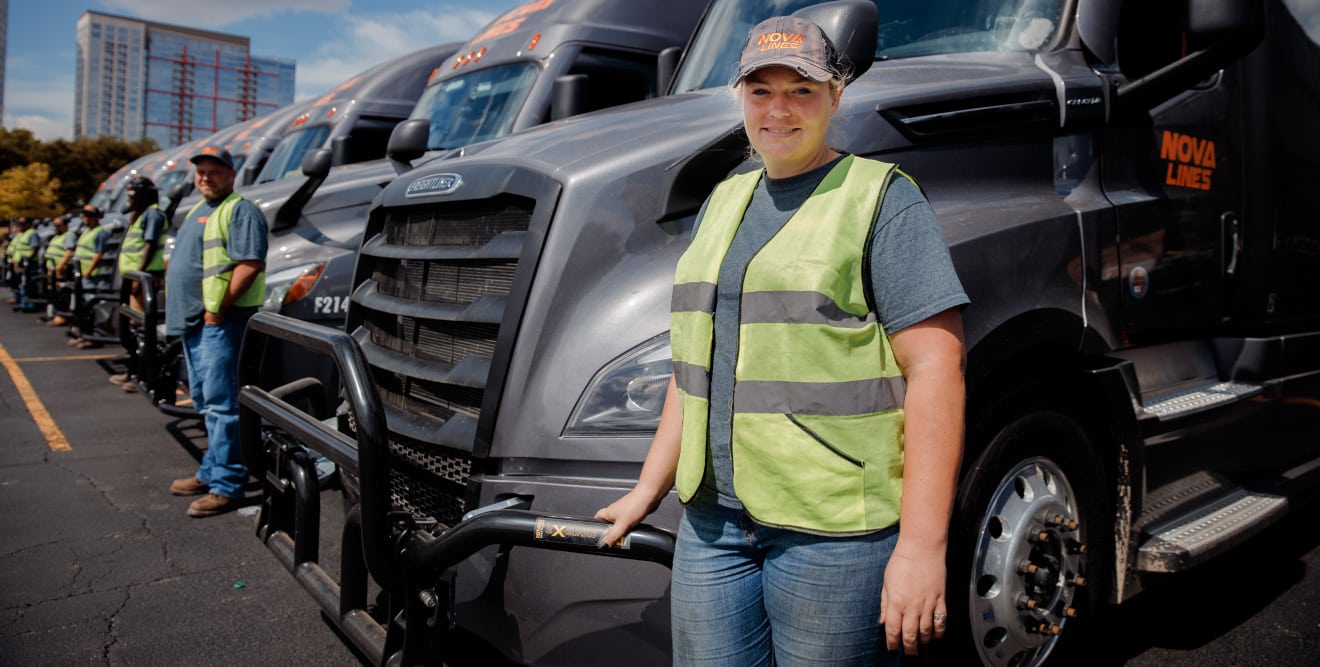 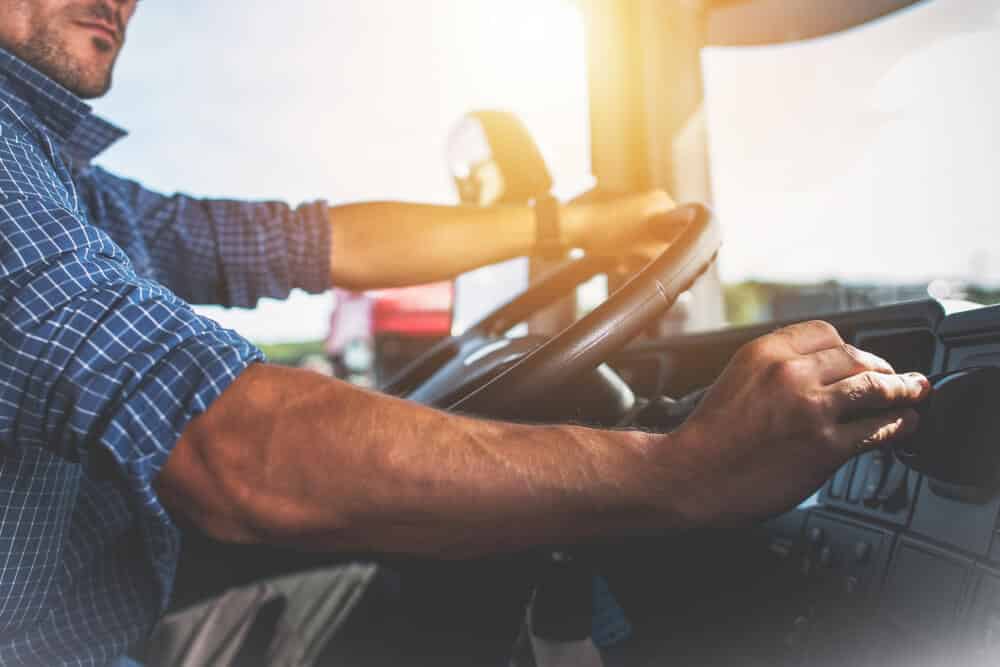