What Truck Drivers Think about the Tesla Semi-Truck
October 4, 2019 Posted by Nova Lines

What Truck Drivers Think about the Tesla Semi-Truck

What Truck Drivers Think about the Tesla Semi-Truck. The Tesla Semi is set to change the way the trucking industry does business.

The Tesla Semi is set to change the way the trucking industry does business. But how will it affect the livelihood of the truck driver?

What Is the Tesla Semi?

It is a completely electric semi-truck that also comes with features that allow for semi-autonomous driving that is seen to improve driver safety. According to its specifications, its lithium battery is capable of running the truck for 500 miles before it needs to be recharged. But Tesla claims that the battery can be charged to 80% capacity in just thirty minutes, allowing it to run for 400 miles. There is also another battery configuration available that allows the semi to run for 300 miles on a full charge.

The truck has a semi-autonomous autopilot system that uses sensors and cameras to provide data on the surroundings to the onboard computer. This feature can reportedly help increase driver and road safety by providing alerts about potential collisions, and helping the vehicle stay within its lane.

The Semi can even apply the brakes automatically during emergencies, and even take the appropriate action if there is an accident. For instance, if the driver suffers a medical emergency, the semi-truck can call medical personnel for help.

The Tesla Semi was originally supposed to start production in 2019, but this was delayed to 2020. But many prominent corporations have already placed pre-orders for the Semi, including Wal-Mart, FedEx, DHL Supply Chain, PepsiCo, Anheuser-Busch and United Parcel Service. During the Q1 2018 earnings call, Tesla reported that there were already 2,000 preorders.

How Will the Semi Affect the Trucking Industry?

The trucking industry is one of the biggest sectors in the US. According to a 2018 report on industry trends by the American Trucking Association, long-haul trucking transports some 70% of cargo every day. In 2017, it generated economic activity of $700.3 billion.

For this industry, the Tesla Semi could mark the start of its shift toward self-driving electric vehicles. Although the cost of shifting would be high, the industry would bear it simply because it holds the promise of reducing two of its main expenses – fuel and labor.

At present, trucks run on diesel, which costs the industry roughly $152 billion annually. Electric vehicles could reduce this to around a quarter of the cost. More optimistic estimates even put it at one-eighth or one-sixteenth of the cost.

Of course, once truly automated self-driving trucks become common, thousands of drivers could lose their jobs. But the extent of the potential job losses still has to be determined.

One factor that could alleviate the loss of truck driver jobs is the technology. It is not yet at the level where people would completely trust self-driving vehicles – and it may never be. It is worth remembering that most planes already have auto pilot functionality, and yet still have human pilots in the cockpit.

Self-driving trucks would likely still need to be manned if only to perform tasks that the truck could not do. Seeing someone behind the wheel of an automated semi-truck would assure people that it is safe since there is a driver who could take control in case of an emergency. This could help with self-driving vehicles’ wider acceptance among the general public.

One factor that has raised concern is that a self-driving semi-truck relies on sensors to provide information to control and navigate the vehicle. These sensors, which consist of a combination of cameras and radar, are still vulnerable in city settings to being blinded by the sun or being unable to distinguish between large signs and cars on the road.

Of course, all of these factors will be less of a concern on highways, which is where self-driving trucks will likely come into common use first. But even in these settings, it is likely that these trucks will still be manned – at least for the foreseeable future. Thus, what will likely happen is that a truck driver will handle the truck while it is within city limits, and then allow the autonomous truck to take over once it is on the highway.

At present, however, the main drawback to wider adoption of self-driving electric trucks is their limited range. Most trucking companies see them as being impractical for long-haul trucking. The waiting time for their batteries to recharge is also a drawback, since it would mean lost money for drivers who are paid a mileage rate. They believe that these trucks would be more viable on shorter routes where there are fewer roads and somewhere for them to recharge.

It remains to be seen if the Tesla Semi will live up to the claims that the company has made. But even if the Semi doesn’t, other companies will.

What Do Drivers Think?

Although there is no broad survey conducted about what truckers think of the Tesla Semi and other automated self-driving cars, the general consensus seems to be that they are not worried for their jobs – yet. The basic reason for this lack of concern is that they believe that there are many things that drivers do other than drive that an autonomous truck is not capable of doing yet. In addition, as we already pointed out, the technology is not yet at the level where people would completely trust self-driving trucks.

In addition, older drivers understand that they will have aged out of the industry by the time self-driving trucks become widely adopted. They probably view it as a problem that the next generation of truckers will have to face.

What is a major concern is how self-driving trucks will affect the nature of trucking jobs. With driving skills less of a consideration, truck driver salaries will likely go down. In addition, most truckers will likely be port drivers who transport goods from factories to ports where these will be loaded onto autonomous trucks.

Port drivers are seen as having some of the worst jobs in the industry. They are less likely to have benefits such as health insurance, will likely work less than sixty hours a week, and will be hired as independent contractors instead of being employees.

Thus, in the future, the job description for truck driver as we know it today would likely change. A driver would likely require a different set of skills than what they are required to have now. Or they would be working for less pay and under poorer conditions. 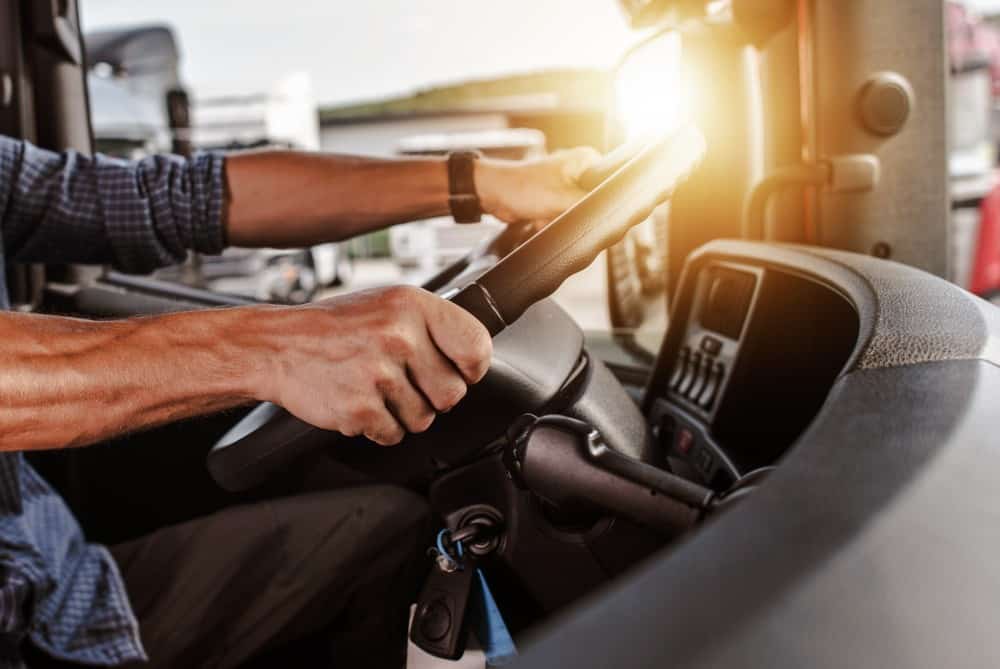